Motheo Construction Group, the largest black women-managed and lead construction company in South Africa, has appointed Mr Gregory Mofokeng as a Non-Executive Director. Mofokeng is currently involved with voluntary industry associations such as the Black Business Council in the Built Environment (BBCBE) and the Construction Alliance South Africa (CASA), as well as regulatory bodies such as the South African Council for the Landscap 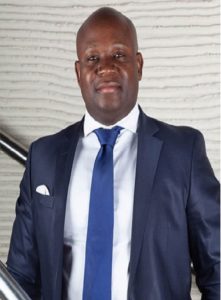 These associations are mainly concerned with determining the industry’s operating environment. Mofokeng’s involvement will add tremendous value to Motheo’s business and consequently the company’s value proposition to its myriad client base. Such industry bodies are critical platforms from which to introduce a plethora of developmental and transformational measures and industry best practice benchmarks.

Thus, by being a meaningful participant in these bodies, Motheo will be in an advantageous position to influence industry policy and the attendant programmes aimed at engendering lasting transformation of the industry. Mofokeng’s vision is for Motheo to be a meaningful player in the construction sector. Here his role as Non-Executive Director will provide strategic contribution to the Board in the form of independent oversight of the executive directors and the management team.

“Motheo occupies a unique position in the South African construction landscape as a majority black women-owned business. Beyond its transformational ownership profile, the company strives to build sustainable legacies in the communities within which it implements projects,” comments Mofokeng. He adds that founder Dr Thandi Ndlovu contributed immensely to this positioning and the resultant brand equity.

In addition, the current management has embarked on a diversification strategy to achieve balanced growth based on organic vertical integration. Its newly established divisions have been designed to tap into markets that represent significant growth areas in the construction industry value chain. These new divisions are expected to make a meaningful contribution towards the company’s bottom line and will form strategic pillars for its next level of growth.

Mofokeng also participates in the BRICS Infrastructure Working Group. BRICS is an acronym denoting the five major emerging economies of Brazil, Russia, India, China, and South Africa. Here his role is to collaborate in reviewing projects in member countries as well as on the African continent, structure opportunities for collaboration with private sector partners and identify potential funding partners.

“Infrastructure plays a central role in unlocking Africa’s potential especially through trade,” highlights Mofokeng. The African Union’s African Continental Free Trade Area (AfCFTA) initiative is designed to enable African countries to trade with each other much more significantly than is currently the case. For such trade to flourish, however, infrastructure development is key to allow for the movement of goods and services throughout the continent. “It is only through sustainable infrastructure development that we can liberate the continent economically, thus unlocking its much-talked-about but hitherto realisable potential,” concludes Mofokeng.