It was yet another historic moment for the South African Institute of Valuers (SAIV) when it elected its first black president at the 2021 National AGM and Seminar held on Thursday, 22 April at the Royal Pearls Hotel in Umhlanga, KwaZulu-Natal. 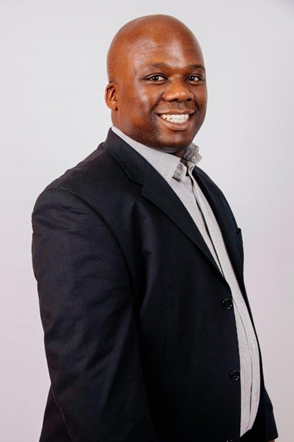 Malusi Mthuli, former vice-president of the institute and chair of its Northern Branch will work with the branches across the country to steer the 111-year-old organisation towards a path of further growth and influence in the South African built environment industry.

Handing over the presidential chain, immediate past president, Tracey Myers congratulated Mthuli and made known her belief that he will be a great asset as president. “I welcome Malusi in his new position and I believe he is going to do a great job, and I ask you all to give him your support just like you gave me,” she stated, addressing delegates who had made the trip to the coastal province. Myers was the first female Fellow president of the SAIV, a position she held since her election in 2018 at an AGM held in Boksburg, Gauteng. Mthuli will work with his recently elected vice-president, Natalie Ginsberg who is also chair of the SAIV Southern Branch.

In his acceptance speech, Mthuli stated his eagerness and desire for working with members of the institute to implement what has already been put in place. He also reiterated that he cherishes this great responsibility entrusted to him during this historic moment. “It is obviously a historic moment which all of you are part and parcel of, however, the relevance of this historic moment is only as good as the events that follow it. It is all good and well to see someone like myself up here being given such a responsibility, however, if we are unable to deliver on the expectations of this organisation then this historic moment obviously means nothing,” stated Mthuli in his address to delegates.

Mthuli is a property valuer at heart and has developed interests in education, technology, and transformation throughout the past decade as a professional. He is currently the Head of Valuations for First National Bank (FNB) Business Commercial Property Finance and has previously held similar roles at Investec in Johannesburg and Eastern Cape regions. His career as a valuer within the banking sector started in 2005 and he has also worked for Nedbank amongst other institutions. Mthuli has been a member of SAIV for over 15 years.