In 2012 Cape Town’s city planners started a project to package well located land to be developed that demonstrates the intent of our plans and policies to transform Cape Town.

We wanted to get our hands dirty figuring out how to build affordable housing on well located land and maintain opportunities for inclusion in an area rapidly gentrifying. The Cape Town Spatial Development Framework for Cape Town had been approved, we wanted to put policy into practice. We wanted to see through on our obligation to use public land as a tool to build the city we (professionals and citizens) collectively envisioned. 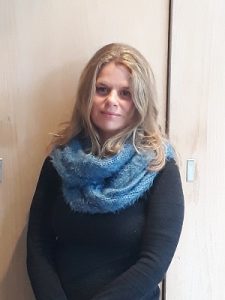 The Salt River Market site has long been in the City’s sight as an opportunity for redevelopment. It falls at the juncture of Albert and Voortrekker Roads, a short walk to Salt River station. A fantastically located site that will also see a MyCiti service and associated non-motorised movement facilities.

We bought land from Transnet to create a viable developable area and asked our social housing partners who would be interested. The basis for doing so was – for South Africa – a ground-breaking arrangement the City had in place allowing it to transact directly with accredited social housing institutions on an expression of interest and staged basis.

This arrangement is central to making social housing development in South Africa feasible. Cape Town has been at the forefront of this initiative to expedite delivery. Communicare jumped at the opportunity and in 2014 the council resolved to make the land available to Communicare for further investigation.

To date, social rental housing (housing that benefits from discounted rents and assisted by state subsidy) is the only viable option on the table in South Africa that can bring new, affordable housing to neighbourhoods that are otherwise pushing affordable housing out. It is also the only form of state assisted housing that can achieve the multi-storey-built form that will make the most of limited public land and build an efficient, sustainable city.

Communicare has been active in affordable housing in Cape Town for 80 years. It manages 3 375 rental units across Cape Town from Rondebosch to Brooklyn. The organisation is one of only 22 accredited social housing institutions nationwide that hold social housing rental units. These are units rented to households that earn between R1 500 and R15 000 a month.

National government provides a subsidy for the construction of such housing, but Communicare also has an established model for cross-subsidising its social rental housing through the development of affordable and middle-income housing, which they sell or rent.

To date, Communicare has invested millions of rands into testing feasible options for the development of the site, rising to the City’s challenge to meet several policy objectives at the same time – social inclusion, social integration, densification, quality public realm creation – while retaining economic opportunities (formal and informal) on the site. This is no small challenge; I recently had an opportunity to see the evolution of these plans.

“It is well located, integrated housing delivery at a density that we have not seen as yet, in Cape Town, in the post-apartheid era.”

Land development is a complex and time consuming process. Public land development has its own set of additional challenges, not all of which have as yet been overcome in the case of the Salt River Market site. It is a struggle to find the patience for the time it takes to get a viable development right. The patience has effectively run out – that much is clear in the work of parties as diverse as Ndifuna Ukwazi and the Municipal Planning Tribunal.

When it does come right, a door will be opened for the transformation of Cape Town. As the City and the province commit to making their inner city land available for the development of social rental and navigate and negotiate the politics, bureaucracies, legalities, procedures and the public to get there, the Salt River Market redevelopment project is in the lead and perhaps, practically speaking, the only real project on the table at this point in time.

Communicare has put its shoulder to the grindstone and currently is confident that it can build over 750 rental units on the site. More than 30% of these units will be social rental units, 275 units to be precise. More than 80 will be for households that earn less than R5 500 a month. The balance of the flats to rent in the open market will still be affordable in Cape Town terms, with the highest rent being R15 000 a month. Importantly, from the outside, the presence of an established player in providing truly affordable housing in the inner-city area is enormously important and very exciting. As city planners we hope this has a catalytic effect in terms of landing spatially transformative development in the inner city.

Over R1-billion needs to be invested to make this possible, which will come from Communicare, commercial banks and various tiers of government. What is more important however is that we get 750 housing opportunities that are available to lower and middle-income households in perpetuity! This point is one that is often lost when we talk about the expense of building and running well located housing for poorer households.

What is exciting is that the benefits of this development are not limited to housing. Communicare’s proposals suggest bringing in high quality, safe public space for everyone and neighbourhood shopping alongside this space – both formal and informal trading spaces. Some of the development will retreat to widen the infamous Bromwell Street into an open street for walking, cycling, parking and driving.

The public realm will draw people one level up to an outdoor / indoor resource hub for tenants and broader neighbourhood residents alike. This space will be a place of safety, learning and opportunity. These kind of promises often fall by the wayside as developers struggle to get the numbers to stack up. Communicare is not depending on earning an income from this space to make it work.

What is now on the table is more than what we city planners could dare to have hoped for. It is well located, integrated housing delivery at a density that we have not seen as yet, in Cape Town, in the post-apartheid era. It is the form of development we have no choice but to embrace if a safe, convenient, affordable public transport system is going to be a reality in Cape Town. Perhaps most importantly, the viability of the plan on the table, I am told, is solid.

For private developers out there, the yield of this scheme is sitting at 8.24%, with an internal rate of return of 16%. This starts to demonstrate a model that might be replicable on state land more widely. The import of this point to shifting the modes of sustainable affordable housing delivery in South Africa cannot to be under estimated.

But…the Salt River market redevelopment project still has to be built, and that will not be before the middle of next year. To get there, and further, will require tenacity, dogged commitment and collaboration between the City of Cape Town, Communicare and the community of Salt River, for the good of all Capetonians – who should rally behind making this happen. Enough of the legal wrangling, enough of the policy dilemmas, enough objections. Let’s build!