Being adaptable is a prerequisite of any work environment and along with collaboration with all stakeholders it is a winning recipe.

Roy Mnisi, executive director, at Master Builders South Africa (MBSA) – by being adaptable and his ability to collaborate – he aims to make a change in his industry. 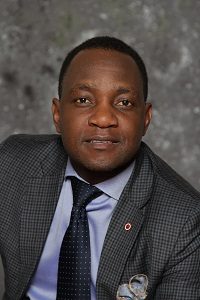 Running the federation for just under three years, interacting with people is one of the favourite parts of his job.

“This is an industry that you can’t operate in isolation. There’s are many stakeholders that we engage with on different levels, these include – but are not limited to – sector departments such as Public Works, National Treasury, Trade and Industry and Labour. We also constantly engage with other existing industry voluntary associations, institutions of higher learning and regulatory bodies.”

Before landing at MBSA, he found himself indirectly involved in the construction sector.

“I’m a lawyer by profession, and it was when I was working with the City of Johannesburg [COJ] where I got the opportunity to work with contractors and project managers.”

At the City, he worked as a legal specialist in the legal support division of the revenue department and later moved to the Housing Department where he was primarily responsible for the compilation of funding agreements for land acquisition and housing development in the city. “That’s where I worked with many consultants and developers involved in housing developments,” he says. His interest was further amplified when the provision of housing changed from Reconstruction and Development Programme (RDP) to inclusionary housing model that consisted of bonded, rental or rent-to-buy homes.

He then moved to take up a CEO role at the (then) Institute of Municipal Finance Officers (IMFO) – now the Chartered Institute of Government Finance Audit and Risk Officers (CIGFARO). “I was responsible to the overall running and management of the Institute under the board of directors made up of specialist in municipal economic management and governance,” he says.

“My goal is to see the industry changing.”

Digging his heels in

He believes that entering the construction sector was not by accident as he is very passionate about the industry.

“What’s more interesting to Mnisi is the developmental role played by the building industry. You don’t need to go that far from here, just look at the architectural magic you see when you’re in Waterfall areas, state of the art offices, shops and residential areas. They are the epitome of building excellence that we can all be proud of,” he adds.

The dynamics surrounding what goes into a project and its reach are one of the industry attractions for Mnisi. He describes MBSA as a federation of employers’ associations with about 4 000 members subscribing to a strict code of conduct including provision and delivery of high quality projects.

“We look at construction companies and expect responsibility at a corporate level.” he says. He indicates that he is in the industry to join all the men and women who love this country and want to see the construction industry playing a bigger role in changing the lives of all South Africans. With this philosophy, he believes that it is easier to focus on the bigger goal. “My goal is to see the industry changing. It’s an interesting time because many things in our country are changing.

“Transformation is one of the key areas that the industry has been battling with for some time. It should not be a government agenda but rather a concerted programme for inclusive growth and development. It’s an opportunity for all of us to work hard and make sure that construction companies do something that will lead [us] to attain the ultimate goal.”

Other issues he aims to deal with include skills development especially for the youth entering the building industry. Currently, focus is on occupational health and safety, construction project management and compliance. We need to move to the use of technology, secondary material and alternative building methods that are sustainable and friendly to our environment.

“As one of the major contributors to our country’s economic growth, the construction sector continues to play a vital role in touching the lives of many people. We have a very important responsibility to ensure that the environment is conducive for builders to build,” adds Mnisi.