Tara Benn has been appointed Executive Director of the SA Paint Manufacturing Association (SAPMA) in succession to Deryck Spence who has retired after 11 years in this position.

Benn, who joined SAPMA in 2016, was the association’s Training and Administration Manager before assuming the post of SAPMA Assistant Executive Director last year. She previously had a diversified career involving staff recruitment, service at a leading international accounting firm and, in Botswana, was part of a project management company and also carried out educational duties early in her career.

Benn was identified by her predecessor Spence, who mentored and coached her into the role over the preceding year, introducing her to industry and government leaders. She took up the SAPMA reins at a critical time.

“Post-Covid-19, the coatings sector is getting to grips with all the new protocols required of all businesses. During the first five weeks of lockdown, as an organisation we were lobbying government to open the coatings sector so that people could at least renovate while at home. We then found many paint contractors could not go back to work, and so we lobbied for them to open up earlier. I became part of a task team with the Master Builders’ Association to get construction opened, so contractors could go back to work (as initially they were only supposed to return to work in level two).

“Even now, the industry is still finding its feet in terms of what they can and cannot do. The DTI is keen to get local manufacturing up and running as rapidly as possible, and to encourage support of local manufacturing,” says Benn. 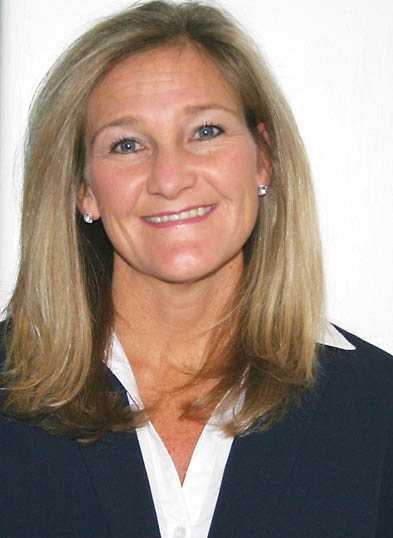 One of the barriers to talking with a single coatings voice during the lockdown, says Benn, proved to be the lack of comprehensive statistics for the industry, “which DTI wants in order to gauge the significance and stature of our industry”. For competitive reasons, many manufacturers are reluctant to share statistics, as a result of which the most recent (incomplete) statistics are for the year 2017.

“DTI was saying to us, ‘if you want to open up as a sector, prove to us you’re valuable enough’. One of the issues deterring companies from sharing information was its confidentiality: not even having the data collated and managed by the association’s auditors was deemed acceptable.”

Training remains a priority, and with her having previously been SAPMA’s Training Manager, this play to Benn’s strengths. A challenge is that there is no paint qualification in South Africa, having been scrapped some years ago. “We’re busy redefining and remodelling that now and have started a process with CHIETA (Chemical industries Seta) and QCTO (Quality Council for Trades and Occupations) for the development of, for instance, module-based qualifications which will include the technical sales training, which takes two to three days on our premises or the members’ premises.”

“What we have at the moment is unqualified ‘trade painters’ whom we are hoping to list in a Skills Bank that contractors can draw from, and provide them with work experience, which can be recognised as RPL, or ‘Recognition of Prior Learning’. At the same time, our members have over 350 unqualified painters on their books who have experience but no qualifications.  Bringing this all together is therefore a win-win for the concept of a Skills Bank.

“Training is as applicable to retail staff as to painters, and Benn lists another challenge as being the inability of retailers to release staff from the shop floor to acquire specialist training in coatings. SAPMA’s response has been to offer more short online training which staff can do in the shop. This enables them to cross- and up-sell painting products.

“Benn was identified by her predecessor Spence, who mentored and coached her into the role over the preceding year, introducing her to industry and government leaders. She took up the SAPMA reins at a critical time.”

“The challenge stems from the fact that most shop assistants are generalists in a general hardware store rather than coatings specialists, and we need to cover both. At the other end of the spectrum we also need to have more technical training for people in laboratories, and at this level we have negotiated with our UK colleagues (British Coatings Federation) to use their training programme and introduce it into South Africa. This is a technology qualification, for paint chemists, and has eight modules, takes four-and-a-half years, and is at university level. We have adapted this to be more online with an online tutor, as opposed to contact-based,” says Benn.

This is not ideal, she claims, as South Africa tends to be very much a face-to-face culture. However, it is the best solution given the work-time constraints and especially social distancing requirements post-Covid. “It has its place but it’s not sustainable, as people want people contact – especially to maintain attention levels. In the online environment, you don’t have people’s undivided attention.”

Benn believes the thrust towards 4IR (Fourth Industrial Revolution) will stall for a few years in terms of automating jobs, given the global unemployment rate following lockdowns. “Paint manufacturing plant tends to be at the higher end of automation already in South Africa by global standards. This is at least partially because coatings are becoming more important as an environmental issue and in terms of maintenance of infrastructure to prevent corrosion and save lives.”