The SA Paint Manufacturing Association (SAPMA) has established a sister organisation, the Retail Hardware and Paint Association, to intensively lobby and represent the interests of beleaguered hardware and paint retailers. 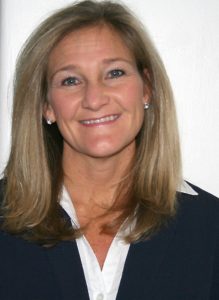 Tara Benn, executive director of SAPMA, says the association’s retail members now, more than ever, need a dedicated effort to effectively safeguard and stand up against increasing ‘government regulation’ of private wholesale and retail companies. SAPMA last year played a significant role in the effort to lobby government to relax lockdown restrictions which, at the onset of the pandemic, severely threatened the continuity and survival of hardware and paint outlets.

Benn says the Department of Trade, Industry and Competition (DTIC), and more recently the Department of Employment and Labour (DEL), are planning to regulate the hardware and paint retail sector in the near future. “Two structures are currently under discussion: a Retail Charter Council, for BBBEE Purposes, and a generalised Retail Bargaining Council, designed to regulate wages and conditions of employment,” Benn states. “Furthermore, the Construction Sector Charter Council is already claiming that retail paint and hardware companies fall under its scope. This means that such companies are subject to the Council’s scorecard for BBBEE purposes.

“The most immediate threat that SAPMA intends to deal with, on behalf of the Retail Hardware and Paint Association, is to counter the existing plans by the Black Business Council for the Built Environment, together with Master Builders South Africa (the secretariat of the newly-established Construction Alliance SA), to collaborate with the DEL and DTIC to implement preposterous new employment equity targets for hardware and paint retailers. The stated aim of the Director General of Employment and Labour is for the DEL to introduce a ‘Certificate of Compliance’ designed to allow only Level 1 and 2 measured entities, to tender and contract for supply chain providers into the Public Sector or to be listed on the Preferential Supply-Chain Database of the DTIC,” Benn adds.

She says in addition to offering a counter to this proposed invasion of SAPMA members, SAPMA will also on behalf of the Retail Hardware and Paint Association, assist in:

“The new Retail Hardware and Paint Association, acting as both a trade and an employer association, will operate under the SAPMA umbrella as is currently the case of the Surface Coatings Association, which has been managed by SAPMA since 1985. A separate Governance Structure will be created for the new association which, once in place, will replace the existing SAPMA Retail Committee,” Benn adds.