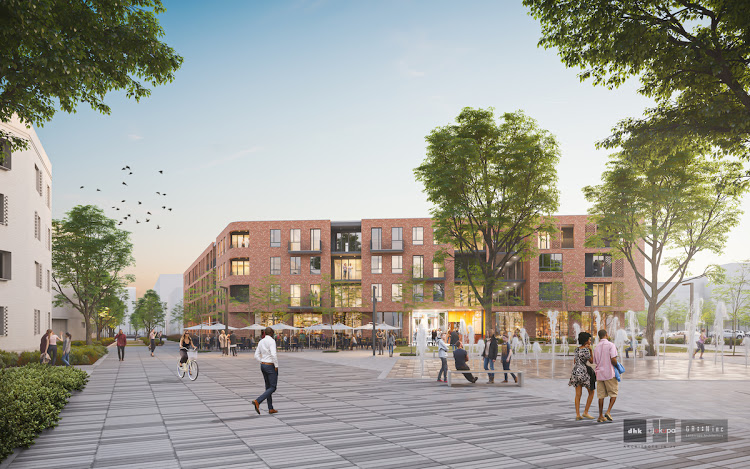 Green technology has been applied to energy, water and waste management, and integrated solar heating is also part of a sustainability focus. Image credit: Conradie Park

Green technology has been applied to energy, water and waste management, and integrated solar heating is also part of a sustainability focus. A range of trendy apartments, ranging from studios through to duplexes, are now for sale in South Africa’s first fully integrated, mixed-income, mixed-use development, near Cape Town’s CBD.

Conradie Park is virtually a self-contained town, comprising residential, commercial and retail elements, a business hotel and an emphasis on community and connection. The development includes extensive green spaces, sports and recreational facilities and an urban gym.

Foot and cycling paths are part of a non-motorised transport plan to promote “active streets” where families can walk safely and play freely. The pet-friendly campus includes two schools and three crèches.

Studio apartments start from R950 000, including transfer costs, while one- and two-bedroom units and duplexes are among 99 properties for sale in the first phase of construction of a block called Kirstenbosch, named after the iconic Cape Town botanical gardens due to its emphasis on green spaces.

The revolutionary 22ha community comprises more than 3 500 homes – some subsidised or grant funded. “This is a connected, multicultural community marked by affordability, sustainability and security,” says Toni Enderli, founder of Realtor of Excellence.

Conradie’s head of sales, Wayne Lawson, says public excitement was high, adding that 25% of the first phase had been snapped up during the launch weekend. Construction starts in May 2020 and occupation is set for mid-2021.

The project is a partnership between developers, Concor, and the Western Cape government, described as one of seven provincial ‘game changers’, providing affordable housing close to jobs while integrating mixed-income families.

Concor project leader, Mark Schonrock, says the model showed how state-owned land could be unlocked to boost economic growth in an attractive and affordable mixed-income neighbourhood.