Commenting on the address, SAIV president Tracey Myers said they are thrilled to hear about the launch of the Economic Reconstruction and Recovery Plan which focused on a massive rollout of infrastructure throughout the country; a massive increase in local production; an employment stimulus to create jobs and support livelihoods; and the rapid expansion of our energy generation capacity. 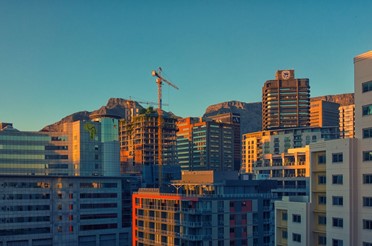 The SAIV also believes some of the direct knock-ons of delayed infrastructure development include the Gautrain expansion project being stalled and the delay in a new road network which would result in less traffic in business hubs including Sandton. “This results in people spending more time in cars which emanates in lost productivity hours further hampering economic growth,” she said.

In conclusion, Myers stressed that valuers have a big role to play in the economy and urged government to work with different stakeholders including business to hasten infrastructure growth. “As valuers, we are valuing land during pre-development to see if financial institutions will provide support. Additionally, we are valuing existing structures for re-bonding and insurance purposes, which makes us critical in the infrastructure space. The valuation profession determines the values for the local and national government and this is the basis of the calculation of rates and taxes revenue for municipalities, and ultimately the economy. We are hoping the proposed infrastructure development plan will revive interest in the market, which will ultimately lead to development in the construction industry”.