Data by Lightstone Property reveals that more women are buying property than men. Over the period of January 2019 to June 2021 women have bought more properties than men across every quarter.

The volume of female transactions surpassed male transactions in 2009 and the gap has increased since then and accelerated in the last two years. These findings emerge from the analysis of data on female property buyers over the period January 2019 to June 2021 in which sales after the hard lockdown of Q2 in 2020 have been consistently higher than in the five quarters preceding it. 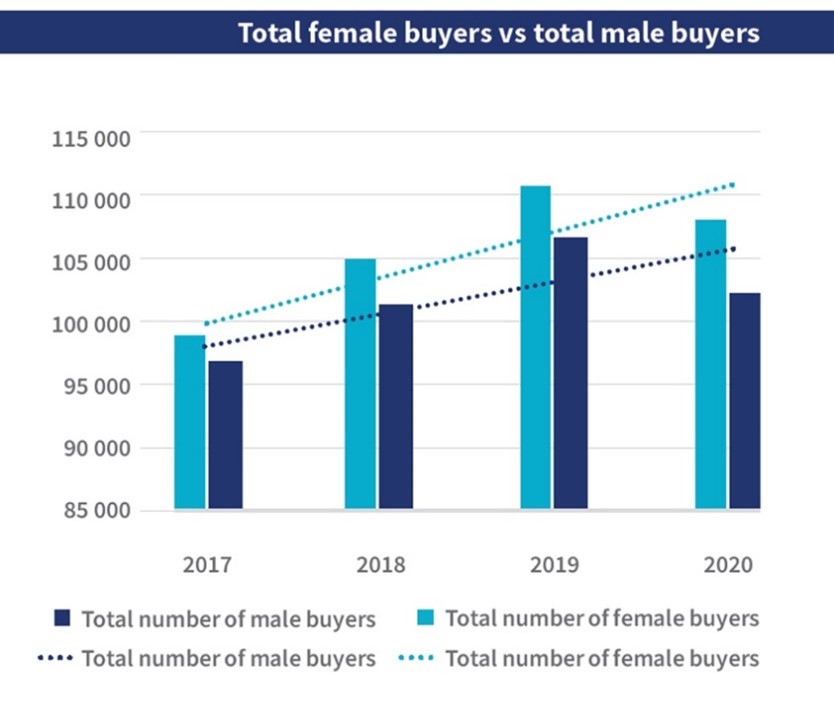 There is a growing number of females purchasing property, both female and male buyers prefer to purchase property jointly.

Ivins-Downes notes, “Female only buyers account for between 22%-23% of all transfers by private individuals and when combined with joint male-female purchases, the number rises to between 49%-50%.”

Lightstone data also indicates that the percentage of female-only transfers is increasing, as well as first time female buyers. 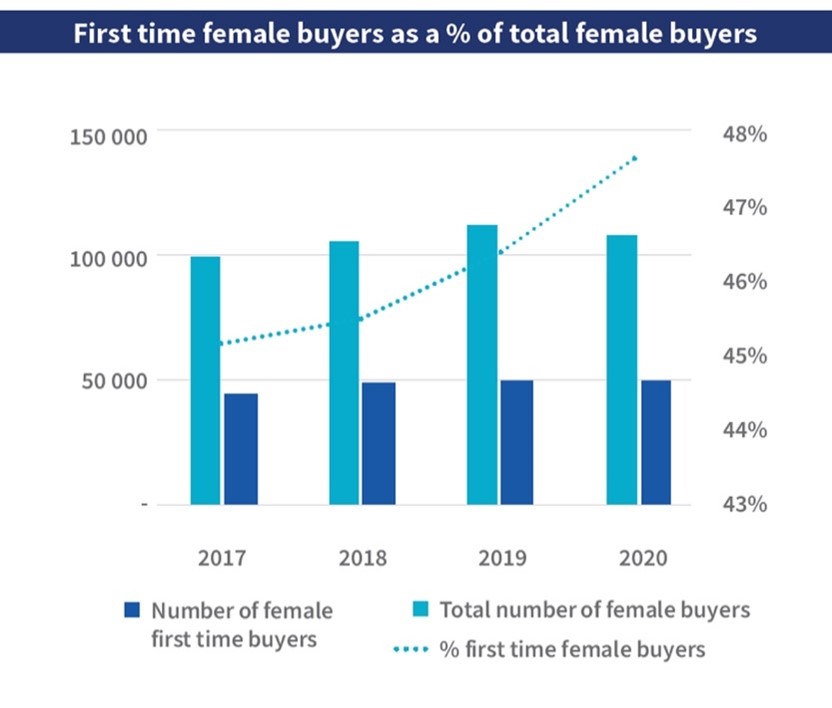 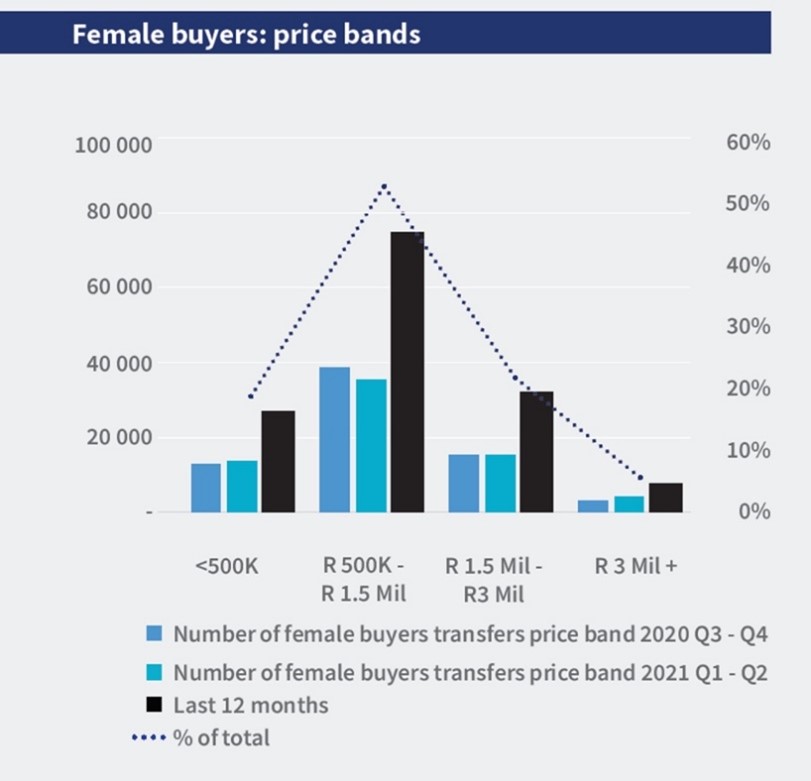 The majority of female buyers are between 24-41 years old, with the next largest category being the 50-64 age group, followed closely by 42-49 year olds. 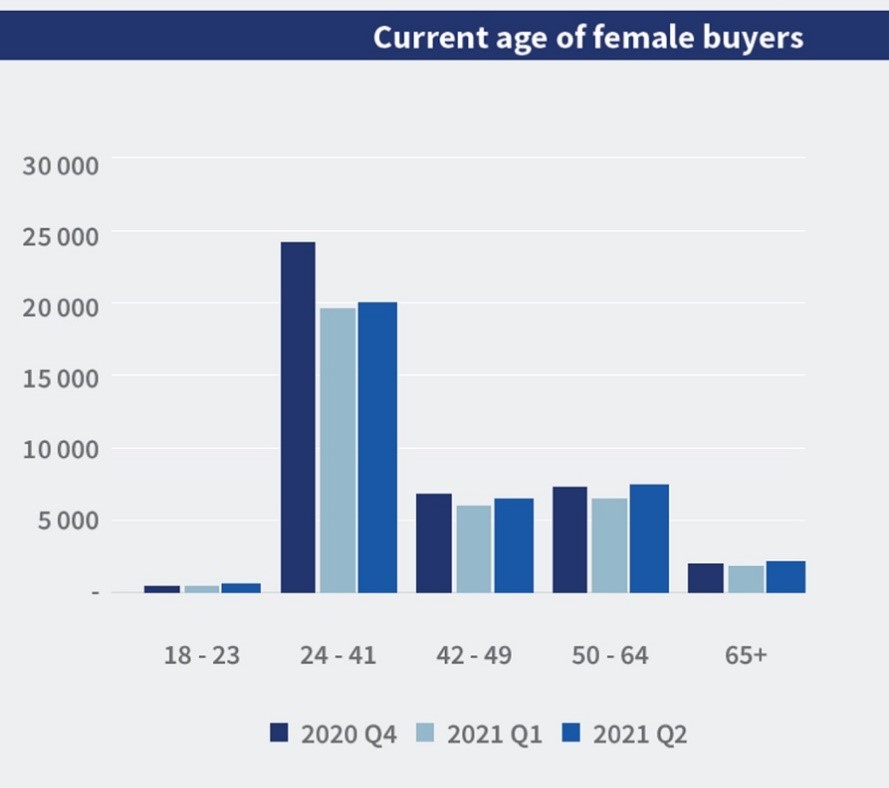 Ivins-Downes adds, “Most female buyers opt for Freehold properties, with the percentage remaining consistent at 53% from 2018 to 2021, Sectional Title has hovered at just under 30% with Estates remaining stable at around 17%.”

Notably, Gauteng is the most popular province for female buyers, followed by Western Cape, KwaZulu-Natal and the Eastern Cape.

“It is interesting to note that despite an increase in semigration trends within South Africa and more people moving towards Mpumalanga and the coast, female buyers still predominantly prefer Gauteng. We may even see further growth in female buyers over the next quarter, due to the prime lending rate staying at 7%” Ivins-Downes concludes.