Concor’s new group CEO Lucas Tseki is confident South Africa’s construction sector is turning the corner, provided there is no further delay in the adjudication and awarding of large infrastructure contracts by government agencies. 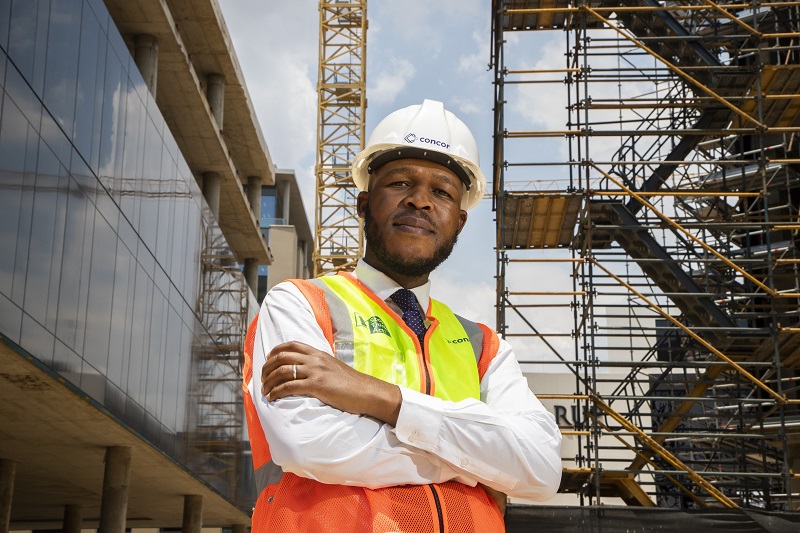 Concor’s new group CEO Lucas Tseki says the company is battle-hardened by the past few years and ready to embrace the prospects of 2020 and beyond. Image credit: Concor

Tseki says: “Concor has weathered one of the industry’s worst downturns and emerged with a robust balance sheet to capitalise on our current and future opportunities.” He says government needs to send the right message by speedily awarding contracts and putting contractors to work. “As Concor, we are battle-hardened by the past few years and ready to embrace the prospects of 2020 and beyond,” he says. “For my part, I am ready to listen, to learn and to lead.”

The black-owned infrastructure and building construction company, previously Murray & Roberts Construction, is leveraging over a century of experience to become the leading player in its segment. Tseki acknowledges there are many challenges lying ahead for the construction sector. Not least of these is the rebuilding of trust between key stakeholders including contractors, government, banks, developers and labour.

“The pressures of a low growth economy have strained relationships between the players in the industry,” he says. “We must now generate a more collaborative approach that prioritises continuity and sustainability in how we deliver and maintain the nation’s infrastructure.” He emphasises that South Africa’s future economic growth relies on sound and ongoing investment in quality construction projects. Given the poor state of the economy, it is likely that innovative funding and contractual solutions will be required to pursue the necessary infrastructural and industrial developments.

He says Concor’s solid track record in project delivery, commercial management and safety performance equips it to manage complex projects of this kind. He notes that there is appetite among lenders for innovative project models that are based on sovereign risk, while contributing to national developmental priorities that will fuel broader growth. “As a company, Concor’s world-class heritage and proven ability to execute on time and within budget makes us a valuable partner,” he says. “The country needs the confidence to move into PPPs, but there is no time to lose.”

Concor is active in both inland and coastal projects and has a strong presence in SADC. It has also just been awarded a large ash disposal facility contract at Eskom’s Majuba Power Station.