During my Budget Vote address in 2017 I proudly announced the launch of the Human Settlements Development Bank. 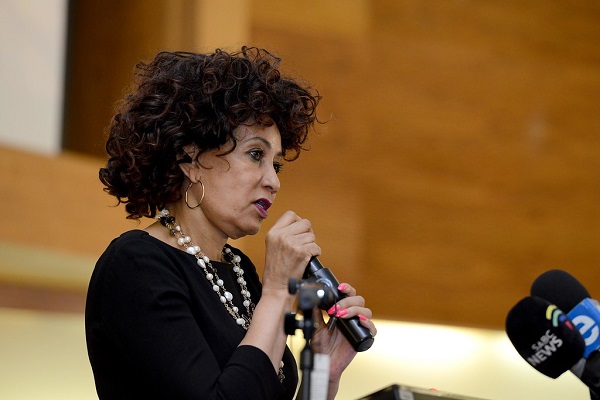 At a wholesale level the bank will participate directly in the risk and funding of large scale development projects and programmes as well as facilitate and fund the requirements of housing finance intermediaries operating in the social and gap markets. The bank already supports a number of specialised asset based social housing finance entities.

This model is not new. In the not so distant past Building Societies performed much of this work and provided much of the mortgage requirements and contributed to a savings base pursuant to mortgage. This provided for much of the liquidity needed to extend into mortgages and the building of new homes. We will follow this enhancement to our work. The approach ensured much needed focus and support for housing. Today our people our confronted on the streets of the townships and cities with branches belonging to micro lenders. This has created a culture of consumption borrowers and spenders at a great cost to themselves and the economy. The HSDB will play an active role in developing the models for Housing Banks that will address these challenges at both national and local level.

We are attending to the challenges of the SA residential market with its dualistic form. One part functioning and well-resourced, the other dysfunctional. This is the township housing market with its nearly 4 million houses, undervalued, underleveraged economic assets. While much work is being done towards the vision of a single residential market in the future, an immediate, underscored opportunity lies in the potential of this township housing market as a key economic lever and catalyst of the township economy. At a replacement cost of approximately R350 000 per unit, the total market value of the township housing market is approximately R14 trillion. This is what we have contributed to the economy! This is the value we could leverage.

To illustrate the enormous benefit of the construction industry we could refer to the 2007 Global Financial Crisis. Contrary to the debilitating effect that the global economy experienced following the 2007 Financial Crisis the South African economy was largely unaffected. The main contributory factor being the investment in infrastructure supporting the 2010 World Cup which not only averted a financial crisis in South Africa it created tens of thousands of jobs in the construction sector and attracted billions of Rand of foreign investment.

We could use our catalytic projects to stimulate local economies and create job opportunities for local residents. We might not reach the infrastructure layout of 2010, but, hey, we have a huge asset here and a huge potential. Having reached this point, we want to take a different direction from what we have concentrated on in the last fifteen years. Now that Parliament agreed on the need for expropriation of land and a draft Bill was published, we are hoping for accelerated delivery. Alongside accelerated delivery, the spin-offs will be putting land to more productive use, creating a do-it-yourself culture amongst the able-bodied and making sure every able-bodied person entitled to a house is able to do it by themselves. We want to help South Africans to pull themselves up by their bootstraps.

The project where people build their own houses is called PHP, which is the People’s Housing Programme. We have decided that we will name programmes so that they are self-explanatory and not just obscure terms. This one will henceforth be called “Zenzeleni”, which means do-it-yourself. We believe this is a much more empowering tool and will bring greater yield. What’s more, this is the answer so many have been waiting for.

As part of this approach to encourage people to take up the “do-it-yourself” concept, I urge people to come together to assist each other to build a house. It has occurred to me that in most developing countries where, unlike us, the state does not play a role in providing housing, a number of innovative ideas have been tested and used. I was therefore excited to come across the use of the stokvel idea – a traditional Black urban practice of pooling resources for particular purposes to build houses.

I was pleasantly surprised to read in the media that there was at least one such stokvel in the country, although there could be more. The one I read about is the Masakhe Ladies of Phillippi, Crossroads, Khayelitsha and Strand, who have established a stokvel to build houses. To encourage others to find a way to build houses themselves, we will meet the Masakhe Ladies and fund them.

The Fourth Industrial Revolution will assist us overcome some of the problems we have. We will for instance embrace this to ensure that through satellite technology we can monitor the growth of informal settlements, invasion of land and also provide us with on-time inspections of our construction sites. Designed for purpose, we can measure the quality of the work on our projects, and we will be able to reduce the incidents of bad workmanship that has taken so much of our time and resources in rectifying badly built homes.