Sitting at its first session of the Sixth Parliamentary term, the National Council of Provinces (NCOP) revived 15 Bills which were not finalised when the 5th term ended and had accordingly lapsed. The National Environmental Management Laws Amendment Bill (NEMLAA4 Bill) is one of the bills. 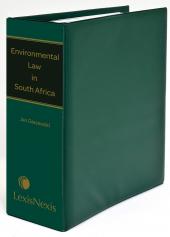 The NEMLAA4 Bill is vitally important to the evolving environmental framework and the strengthening of the One Environmental System. To highlight a few change areas, it seeks to:

Webber Wentzel will continue to track the NEMLAA4 Bill’s progress through the parliamentary process.